Otoha appreciating the Prism Stone given to her by Bell

Otoha at the Dreaming Session Tournament.

Otoha lines up for the Prism Stone auditions. 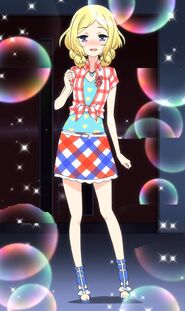 Young Otoha after being lent shoes by Bell.

Otoha with her Platinum Style outfits and the Feminine Rainbow Crown.

Otoha doing Prism Live in order to get Rinne out from June.

Add a photo to this gallery
Retrieved from "https://puritirizumu.fandom.com/wiki/Otoha_Takanashi/Image_Gallery?oldid=22455"
Community content is available under CC-BY-SA unless otherwise noted.