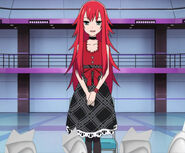 Bell at the interview

Bell in the opening

Bell at the interview

Otoha bows to Beru in apology

Bell asks for a fortune from Wakana

Bell bows at the interview before it begins 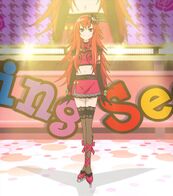 Bell at the Dreaming Session tournament

Bell looks down on Naru 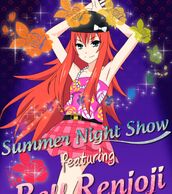 Bell refuses to give up her role in the Dear Crown show, even though her health is bad

A young Bell peeks out from behind her mother 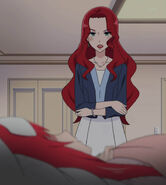 Bell's mother Ritsu complains to her about not watching her health

Bell with her Platinum Style outfits and the Sexy Rainbow Crown.

Bell doing Prism Live in order to get Rinne out from June.

Add a photo to this gallery
Retrieved from "https://puritirizumu.fandom.com/wiki/Bell_Renjoji/Image_Gallery?oldid=26557"
Community content is available under CC-BY-SA unless otherwise noted.